3 News reports on the rebuild of Cholmondeley Children's Centre and Project Manager, Paul Blackler's, personal connection to the task. 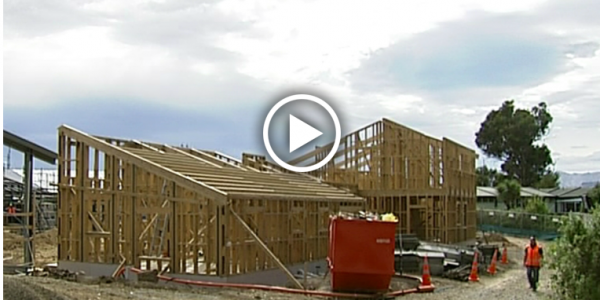 A quake-damaged home away from home for Christchurch children whose families cannot look after them is nearly ready to move back to its old site. And for the project's general manager, Paul Blackler, the rebuild of Cholmondeley Children's Charity has been especially close to his heart. He says he can cast his mind right back to the 1960s when he was sent to Cholmondeley children's home as a three-year-old while his mother was in hospital.

"There are three distinct things I remember about Cholmondeley: the first one was the homestead which again was sadly lost after the earthquakes, the second one was the amazing view out over the harbour and the third one is the playground," says Mr Blackler.

Despite looking like a busy building site at the moment, the not-for-profit organisation offers short-term respite care to children whose parents — for whatever reason — are unable to look after them...

Read more and watch the report on the 3 News website.