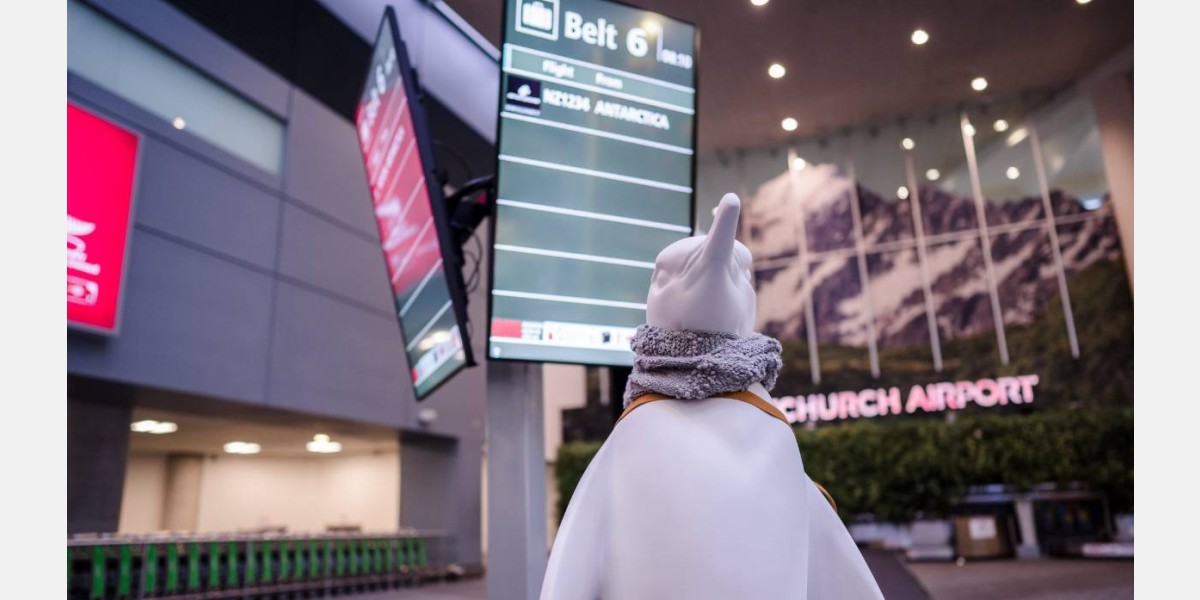 A waddle of penguins has flown into Christchurch to be decorated by school children and artists and installed on city streets.

The penguin sculptures, which arrived last week but were officially welcomed to the city at Christchurch Airport on Tuesday, will be part of the Pop Up Penguin art trail, due to launch in late November.

The project, run by Wild in Art, will include 50 large penguin sculptures, sponsored by companies and decorated by artists, along with 65 little penguins, which will be decorated by schools as part of the Pop Up Penguins Learning Programme.

The sculptures will be displayed for about 10 weeks across Christchurch before being auctioned off to raise money for Cholmondeley Children's Centre. As part of the learning programme, the 65 little penguins will be delivered to schools from Akaroa to New Brighton in August, teaching students about penguins and Christchurch's connection to the Antarctic.

Event organisers and city leaders are hopeful the public art trail will encourage people into the central city, providing a boost for businesses and celebrating creativity.

"We can all remember the effect the giraffes of Christchurch Stands Tall had on our city as we were in recovery from the earthquakes," Christchurch Mayor Lianne Dalziel said.

"Now Pop Up Penguins will populate the city this summer, a great theme for one of the world's five gateway cities to Antarctica.

"We need events and creative projects like Pop Up Penguins to draw people into the central city, promote creativity, delight children, connect communities and celebrate life."

The previous Christchurch Stands Tall trail took place over summer in 2014 and 2015 and saw 100 giraffe sculptures placed across the city.

The auctioned off giraffes sold for $465,000, 75 per cent of which was given to charitable causes.