Just over $1 million has been netted for the sale of more than 50 giant penguin sculptures in Christchurch.

The Pop Up Penguins art trail enlivened Canterbury after the sculptures were installed in public places between Rangiora and Akaroa in December and January.

Thousands of people visited the sculptures, which were decorated by some of New Zealand’s most exciting artists.

The sculptures were sold at auction on Wednesday evening with about 75 per cent of the proceeds going to the Cholmondeley Children's Centre. 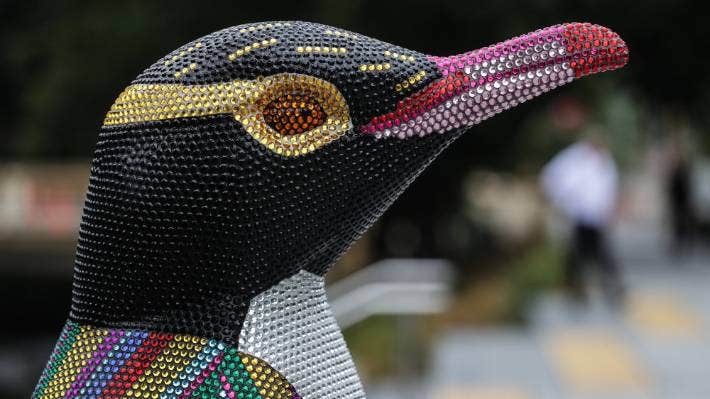 CHRIS SKELTON/STUFF
Pop Up Penguin Shy-no-more by Deb Robinson was one of the top sellers, going for $36,000.

Wild in Art event producer Claire Cowles, who helped organise Pop Up Penguins, said the sales totalled $1,007,300, with the Shy-no-more and Mischievous penguins netting the most at $36,000 each.

Cowles said she was happy to see the penguins sell for more than double the amount that was raised during the Christchurch Stands Tall giraffe trail in 2014.

Steampunk inspired Punk It Penguin, which was installed in Cathedral Junction in central Christchurch, was the most popular on the trail. It sold to a local steampunk fan for about $20,000, outbidding Waitaki District mayor Gary Kircher who had been keen to buy it for steampunk HQ Oamaru.

Kircher, who tuned into the bidding over the phone, said the penguin quickly went past the amount he was willing to pay. 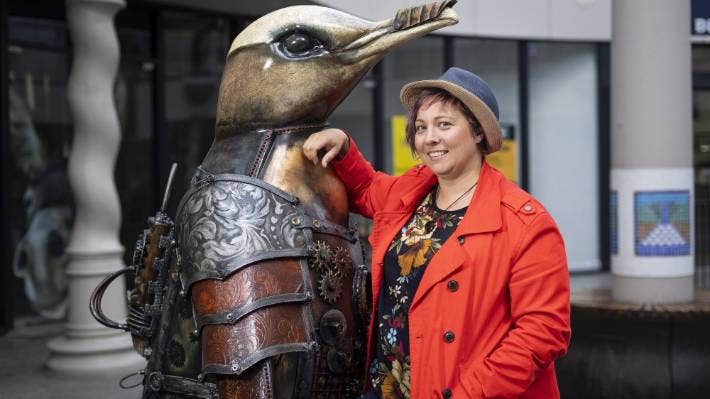 “I was really impressed with the overall concepts and the generosity of the people bidding. I’m sure the charity is really happy with the result.”

The steampunk penguin was designed by Laura Hewetson, who used the skills she learned while working at Weta Workshop on the film series The Hobbit.

Cowles said she was pleased many of the penguins sold for more than expected.

“There was a lot of anomalies where I thought ‘they won’t go for much’, and then they went for loads more than I expected.” 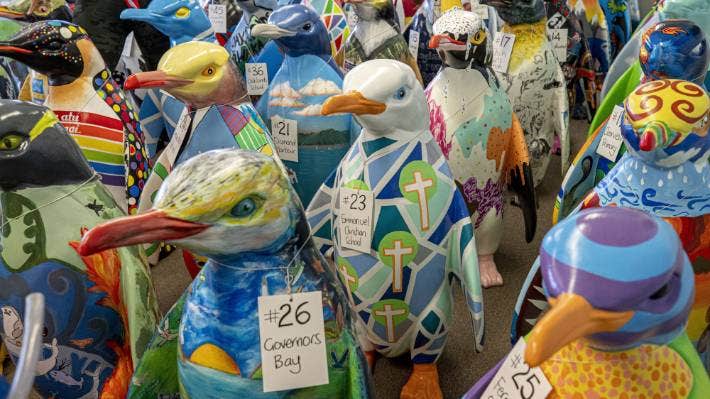 STACY SQUIRES/STUFF
The Pop up Penguins auction in Christchurch on Wednesday raised just over $1 million.

She said 500 children went to Cholmondeley every year for regular respite and care, and the charity relied on the public’s generosity to keep running.

“These families are facing critical issues like mental health, poverty, family violence, or a cancer diagnosis.

The penguins were installed in libraries, supermarkets, museums and public places, with members of the public using a special app to follow the trail in December and January.

People walked a collective distance of more than 23,000 kilometres following the trail – greater than the distance from New Zealand to the United Kingdom.

The app was downloaded 10,500 times, and allowed users to vote for their favourite penguins.