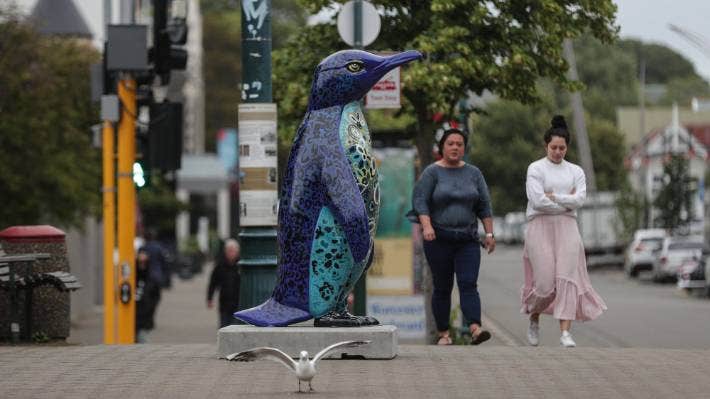 Two of Christchurch’s Pop Up Penguin art installations have been prised from their plinths, with one found dumped in a garden in “really bad condition”.

The trail of 50 large penguin sculptures, sponsored by companies and decorated by artists from around the country, are on display across the city, as well as in Akaroa, Rolleston, Lincoln and Kaiapoi, until January 31. Another 65 little penguins, decorated by schools, are on display at various indoor venues.

The large penguins will then be auctioned off to raise money for Cholmondeley Children’s Centre, which supports more than 500 children each year.

Pop Up Penguins event producer Claire Cowles said Best Dressed Hoiho was taken from its Worcester St Bridge home on Christmas Eve, before being found dumped in a Fendalton garden.

Set in Stone disappeared from its Cashmere Rd spot on Monday night, and Cowles suspected the same people were behind it. 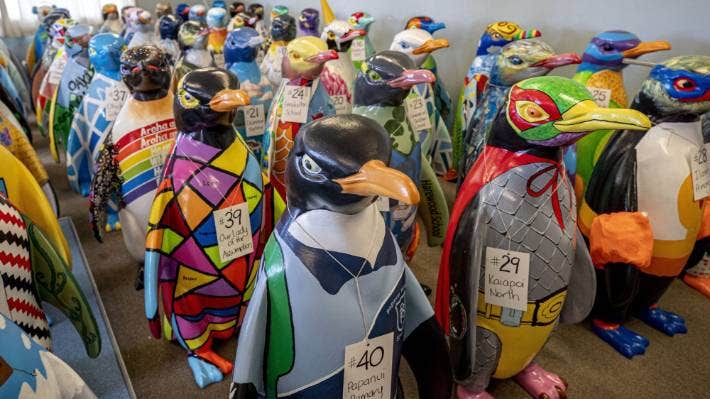 STACY SQUIRES/STUFF
The Pop-Up Penguin flock before their deployment around Christchurch.

“It’s been done in the same way, and we didn’t report on how the first one was removed at the time.

“It’s incomprehensible ... I don’t understand why someone would do it.”

She said the now-recovered Best Dressed Hoiho was in “really bad condition”.

“His feet are pulled off and his flippers have been damaged.

“We’re going to try to repair him, but he won’t be returned to the trail.”

Christmas Eve was the second time the bright blue bird had been targeted, with its feet already suffering some damage from an earlier removal attempt. 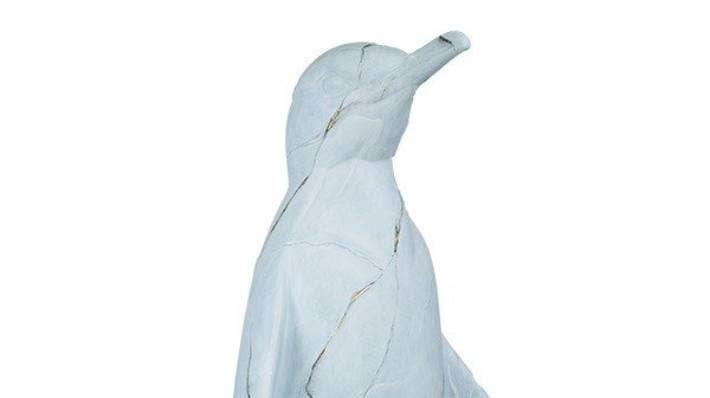 SUPPLIED
Pop Up Penguin Set in Stone, by Nick Lowry.

Cowles said Set in Stone would likely have similar damage to its flippers and feet.

“It’s a real shame, because he was doing really well in Cashmere.

“It was in quite an open, well-lit street, so hopefully someone’s seen something.”

The thefts had been reported by police, and Cowles urged people to get in touch if they had seen anything suspicious about the time of either disappearance.

Set in Stone was designed by local artist Nick Lowry, and Cowles said they might be able to get him to replace it. 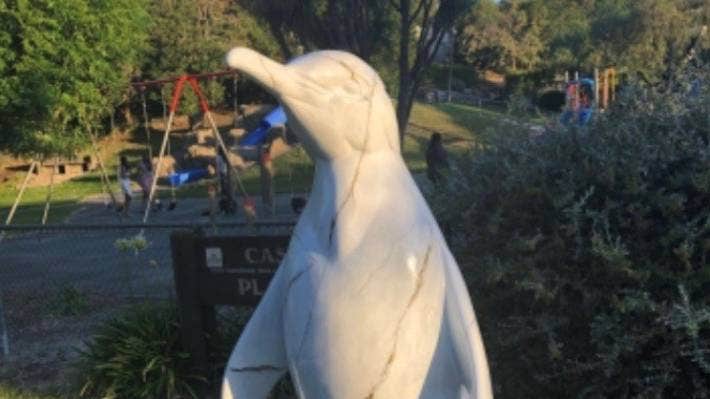 SUPPLIED
A picture of the missing penguin at his Cashmere home, submitted to the Pop Up Penguin app.

“But we’ve run out of spares now, we only had two replacements.

“We’re doing everything we can to make sure we still have 50 penguins to auction for Cholmondeley; they’ve had a really hard year without their usual fundraisers thanks to Covid.”

Cowles said she was yet to get in touch with the penguin project’s UK-based organisers, Wild In Art, about the latest disappearance.

“They’ll be disappointed. There have been more than 70 Wild In Art events worldwide, and this one’s probably seen one of the highest levels of malicious vandalism.”