Where Kids Can be Kids

Abbie Napier of The Press found out what Cholmondeley is really about, and why demand for its services has more than doubled in the last two years. 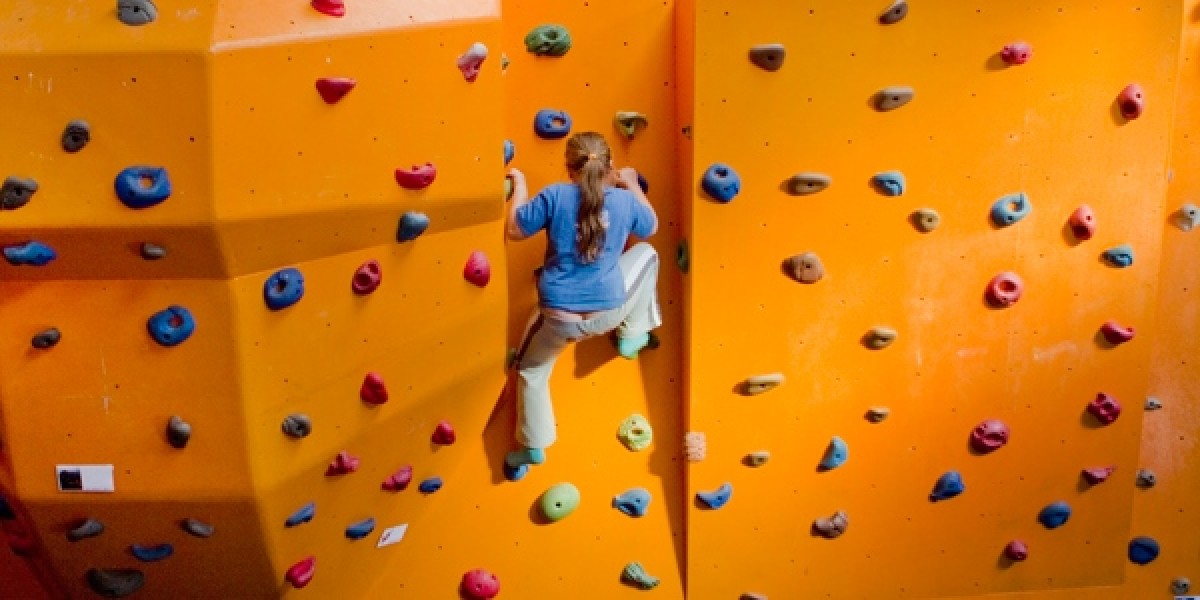 In a cabin on a hillside high above Lyttelton Harbour, in the early evening twilight, a small boy in camouflage gumboots is dancing his heart out to the latest Macklemore track. A sheen of sweat has broken out on his forehead and a passing adult shoots him a high five.

Beside him, a group of chattering children, having top-volume conversations with care workers, are tucking into fresh-baked muffins and orange juice.

Flapping above a roaring fire inside a logburner in the common room is a washing line pegged with crayon and dye artworks. A boy is snuggled up in a corner reading a book, oblivious to the racket around him, half-eaten muffin sitting on the bean bag.

A group of girls is in the midst of an earnest recap of the day's climbing-wall achievements. The music is loud, the conversations even louder.

In the nearby kitchen, a group of boys giggles, up to their elbows in bowls of mince as they prepare dinner; spaghetti and meatballs, a firm favourite.

Care services manager Edwina Poynton unlocks the suggestion box. Sophie, 12, has recommended Cholmondeley House adopts a dog. Sophie swears the children will feed it, walk it, and bathe it. Poynton promises to think about the dog, but it might be a bit of a long shot.

Most children spend only a few days to a week at Cholmondeley before returning home. A common misconception is that Cholmondeley (pronounced "chumley") is a home for kids with social problems and delinquent tendencies.

It is thought the urban legend was created and/or perpetuated by parents needing to threaten their own children with consequences for bad behaviour at home. The trust has been working hard for many years to dispel that notion.

Cholmondeley was built in 1925 in Governor's Bay by a farmer whose young wife died before they could have children. More than 25,500 children have been through its doors since.

These days, the home is set up like a school camp. Children, aged 5 to 12, sleep in bunk beds, help make the meals, and spend the days doing activities - fishing, kayaking, rock climbing, baking, crafts, building rafts, beach walks, swimming, sports or anything else the staff can come up with. Cholmondeley also runs a daily education programme.

For many years it has been a respite care facility for children whose parents need a break. This is not to say those parents are bad or dysfunctional - far from it.

The reasons children go to Cholmondeley are as varied as the families who use it. Some parents may need a day or two to attend job interviews, have an operation, spend time in hospital, meet with the Earthquake Commission or organise house repairs.

Some children are cared for fulltime by grandparents who might need a few days off a month. Children may need a break from their siblings, parents may have mental health issues or may be suffering from earthquake stress.

Recently, a boy spent a week at Cholmondeley while his parents moved house for the fourth time since the February earthquake.

Poynton says the home takes any child from anywhere for any reason. The problems don't need to be serious and most aren't. There are no income barriers. They do not care about what suburb you live in, or what car you drive. Their only concern is the children's best interests.

For mother of four Anna*, sending her daughter to Cholmondeley for a break last month was a last resort. At Easter Weekend she reached breaking point.

Laura, 8, has two older brothers and one younger brother, Ben, aged 4, who was born with Down syndrome. An unexpected addition to the family, he has high needs, and his care is a fulltime job for Anna and her husband, Martin.

In late 2011, Ben's health began to deteriorate. After many stressful months, he was diagnosed with leukemia.

"That was where our nightmare began, really, " says Martin.

Ben went from high needs, to 24-7 care. He is 18 months through an intensive two-year chemotherapy treatment programme. His Down syndrome makes his disease and its treatment even harder.

Many mornings Anna has woken him up to find him almost lifeless in her arms.

"I can't even describe to you how hard it is. He's not a kid who can tell you he's sick or in pain. He can't tell me what's wrong."

Anna and Martin spend long hours in the hospital. Last year Martin had to leave his job for a few months to take up the slack at home.

As with many modern families, the community networks and support systems of yesteryear are hard to come by, and many parents must go it alone.

Martin now works 50 to 70 hours a week to keep the family of six afloat. They are exhausted.

For daughter Laura, the last two years have been extremely hard.

She and her older brothers have missed out on a lot - such as family trips, meals around the dinner table, and normal family fun.

At Easter, Anna and Martin were forced to cancel a promised family holiday.

"I honestly just cracked up. Here we were at the hospital again, and all I wanted to do was spend the long weekend at home with all my kids.

"I absolutely lost it."

Wracked with guilt, Anna dropped Laura off for a two-night stay at Cholmondeley the next weekend.

Laura was one of 16 staying at Cholmondeley for the weekend. Since the demolition of its badly quake- damaged homestead, the trust has been operating out of Living Springs, a few minutes up the road.

In the last two years the trust has been busier than ever.

Last year about half the 265 children staying at Cholmondeley were first-time visitors. The number of children using the service for the first time has doubled since 2010. The trust puts the surge down to the after-effects of the earthquakes. Parents are under huge stress, dealing with land-zoning decisions, repairs and financial instability.

They need a break, and so do their kids.

Olivia Downing-Cloney, 12, has been a regular visitor to the home for over a year, and is thriving at Cholmondeley.

Barbara Downing decided her daughter needed a break. She and partner Dale Lynn live on the beach front in New Brighton. Their house was almost crushed by a neighbouring building in the February 2011 earthquake. They spent two years with a port-a-loo and three months without any toilet at all.

For two months they camped under a tarpaulin in the backyard, cooking over a fire, and using a hole in the backyard as a toilet. Power lines were draped over their house and emergency services had declared it unsafe. They have lost everything they owned three times due to aftershocks. Olivia was sent to relatives in the North Island for two months.

Even now, Olivia can't sleep without the lights on and panics at every tremor.

For Barbara and Dale, the last two years have been particularly stressful. Barbara suffers from epilepsy and Dale has lung disease and is recovering from surgery. Barbara's ever-more-frequent seizures have taken a toll.

Olivia started spending one week out of seven at Cholmondeley to give both her and her parents a break.

"She just loves it, and it's been so good for her, to get out of here for a few days and have fun. They're just so helpful and I honestly think it's the best thing out there for kids and for parents."

Olivia has done it all at Cholmondeley, but her favourite activity is the rock- climbing. In a converted barn at Living Springs, a lurid orange climbing wall is a huge hit with kids of all ages.

Tyrese, 6, is half-way up in seconds, before throwing himself off onto the inflatable mats below.

Adventure-based learning instructor Eamonn Ford has the iPod blaring as he fastens the kids into safety harnesses.

He is hugely popular with the kids, cutting a cool figure in his outdoorsy clothes and full sleeve tattoos.

At 34, he has been teaching outdoor education at Cholmondeley since his early 20s.

"My mother always said I would make a great teacher, but I never really gave that much thought. I got started here by accident and kind of fell into it, really."

Ford filled a temporary position over a decade ago.

He is fun, but firm. His role is both mentor and tutor, and he often spends time outside work hours helping young men get on the right track. For him, it's about passing on the values drummed into him as a kid.

Phoenix, 10, reluctantly climbs a milk crate tower, terrified of falling, but egged on by Ford from below. Despite a brief squeal when she leaps off the top, she is buzzing from her success and is soon back for another turn.

Since the earthquake and the forced move to Living Springs, Cholmondeley has been able to incorporate more adventure-based learning activities into its programme.

When the replacement facility is finally built, the visiting children will have the best of both worlds.

The trust is on the brink of submitting the resource consent for its new build. The modern replacement will be purpose-built, ultra-functional and will set the trust back $6.5 million - $4m of which needs to be raised. Renting Living Springs costs $200,000 a year which pushes Cholmondeley's annual operating costs up to $1.9m. The trust must raise $1m every year to stay afloat.

With the design finalised and consents in the works, the trust aims to break ground on the build by the end of the year, with a move-in date pencilled in for late 2014.

To help cover costs, parents pay $10 a night when their child visits. The cost is heavily subsidised by grants and fundraising.

For Anna and Martin, it's a small price to pay for the positive change they saw in daughter Laura in one short visit. After dropping her off for her first break last month, Anna drove away, heart in her mouth.

"I felt so guilty. Like an epic failure as a parent."

Five hours of nail-biting and pacing later, Anna called to check up on her daughter. Laura was busy but a care worker said she would ask her to call back when she was free.

Another five hours passed and Laura still didn't call. Anna called again. When Laura finally got to the phone she was full of reproval.

"Mum, I'm busy right now. The other parents aren't calling their kids all the time, I can't talk right now."

When Anna hung up a few minutes later, it was with the words, "don't call me, I'll call you", echoing in her ears.

"I was so relieved. She has absolutely thrived there and can't wait to go back. She has been harassing me to organise it ever since."

* Names have been changed.

Go to original article of Stuff